Paul & Friends of the Paranormal 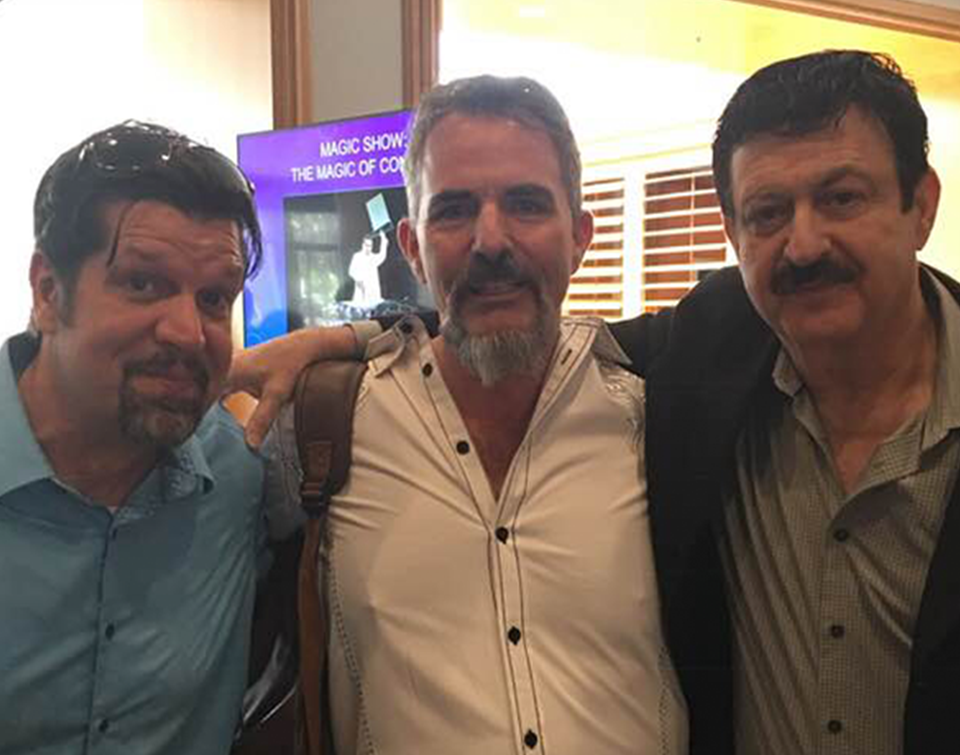 Jimmy Church is a radio and television host for the Game Changer Network, Premiere and iHeartRADIO and The History Channel. Church is the host of ‘FADE to BLACK’ on the Game Changer Network and syndicated on KJCR, KGRA, iHeartRADIO, TSL, TuneIn and Spreaker. Along with hosting his live show, Fade to Black, Jimmy is also a guest-host on Coast to Coast AM with George Noory and co-stars on History Channel’s Hangar 1: The UFO Files and the time travel conspiracy show, Time Beings. Church is also the star and host for a brand-new series on History/A&E that features FADE to BLACK that will premiere in the fall of 2017. Check out Jimmy’s page here: https://jimmychurchradio.com/

George Noory is a radio talk show host. Since January 2003, Noory has been the weekday host of the late-night radio talk show Coast to Coast AM. The program is syndicated to hundreds of radio stations in the U.S. and Canada by Premiere Networks. Noory has also appeared in the History Channel series Ancient Aliens and in Beyond Belief, a subscription-based online video series presented by gaia.com. Learn more about George here: https://www.coasttocoastam.com/pages/george-noory 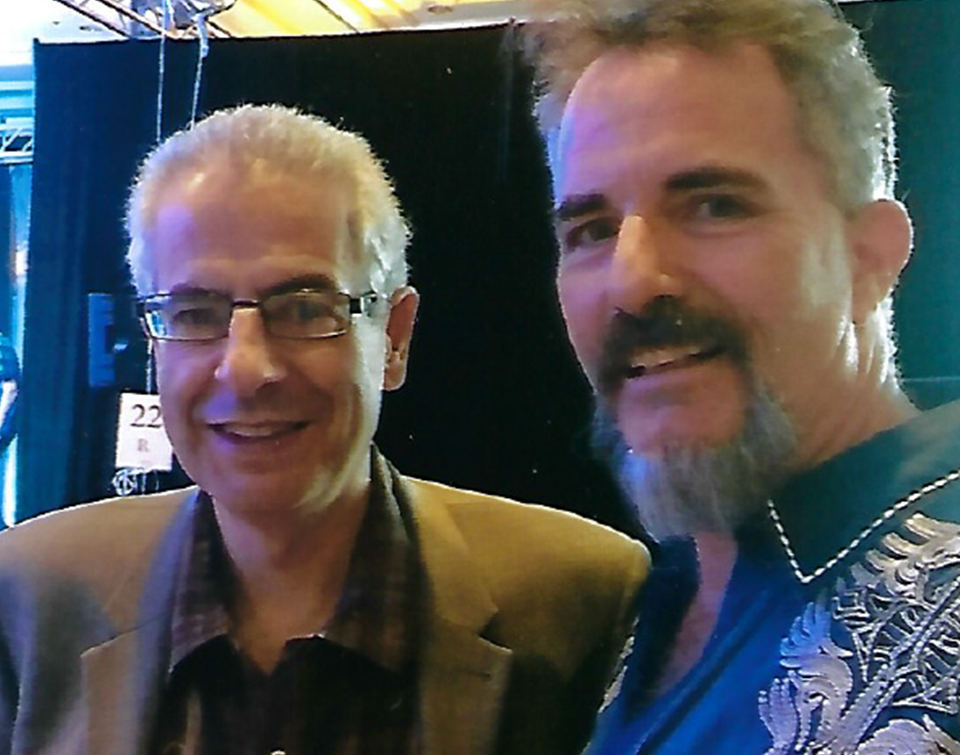 Nick Pope is a freelance British journalist and media commentator. He was an employee at the British Government’s Ministry of Defence (MoD) from 1985 to 2006 and is best known for a role he undertook for the British Government from 1991 to 1994 which involved investigating reports of UFO sightings to determine their defence significance.

He moved to the United States in January 2012. 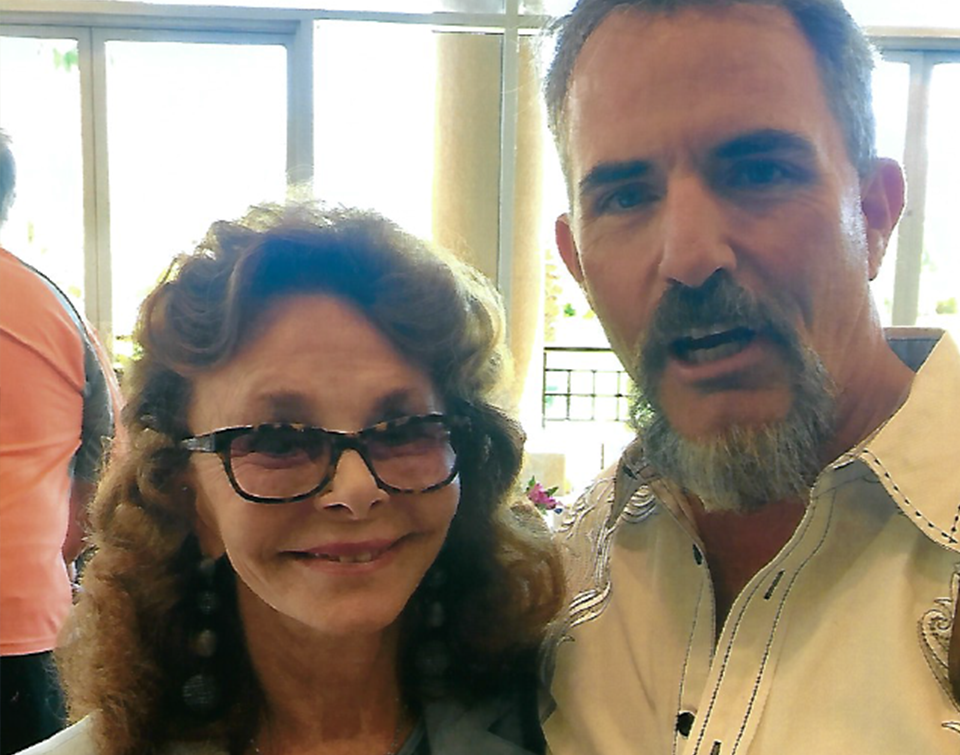 Linda Moulton Howe is a graduate of Stanford University with a Masters Degree in Communication. She has devoted her documentary film, television, radio, web, writing and reporting career to productions concerning science, medicine and the environment. Today she is Reporter and Editor of the award-winning Science, Environment and Real X-Files website Earthfiles.com. See more here. 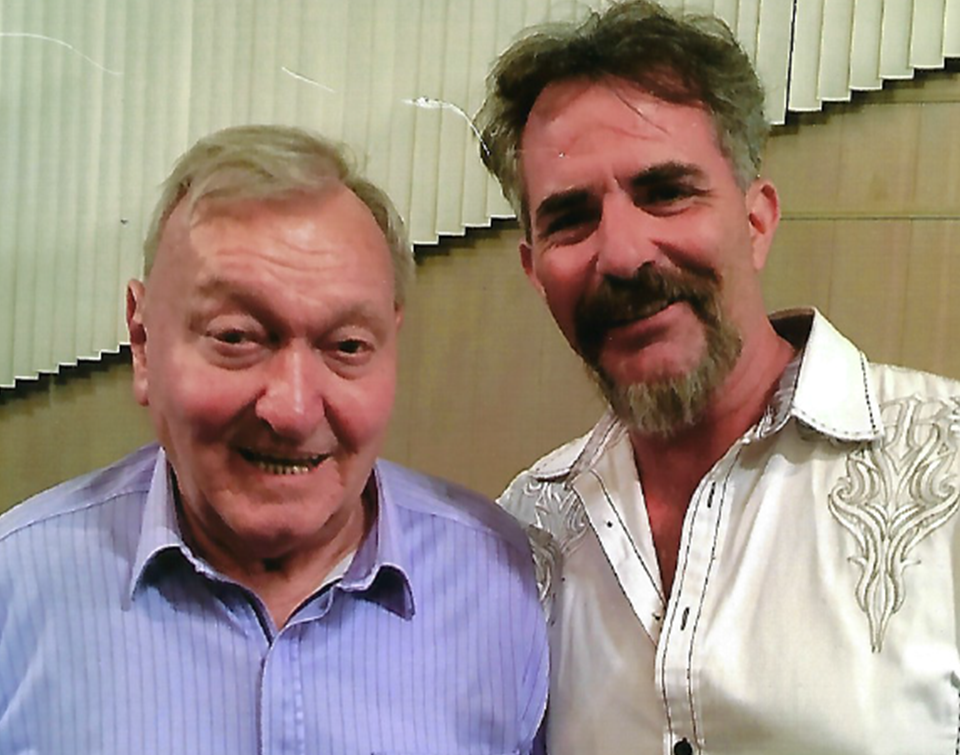 Erich Anton Paul von Däniken is a Swiss author of several books which make claims about extraterrestrial influences on early human culture, including the best-selling Chariots of the Gods, published in 1968. Von Däniken is one of the main figures responsible for popularizing the “paleo-contact” and ancient astronauts hypotheses. The ideas put forth in his books are rejected by a majority of scientists and academics, who categorize his work as pseudohistory, pseudoarchaeology, and pseudoscience.

Von Däniken later became a co-founder of the Archaeology, Astronautics and SETI Research Association (AAS RA). He designed Mystery Park (now known as Jungfrau Park), a theme park located in Interlaken, Switzerland, that opened in May 2003.

During his formative years at the renowned Collège St-Michel in Fribourg, Switzerland, Erich von Däniken immersed himself in ancient holy writings and unsolved archaeological puzzles. As a young gastronome, he began writing topic-related articles before eventually authoring his international best seller Chariots of the Gods. Erich von Däniken has held countless lectures and discussions at public forums and educational institutions. His 40 books have sold over 67 million copies and have been translated into 32 languages. 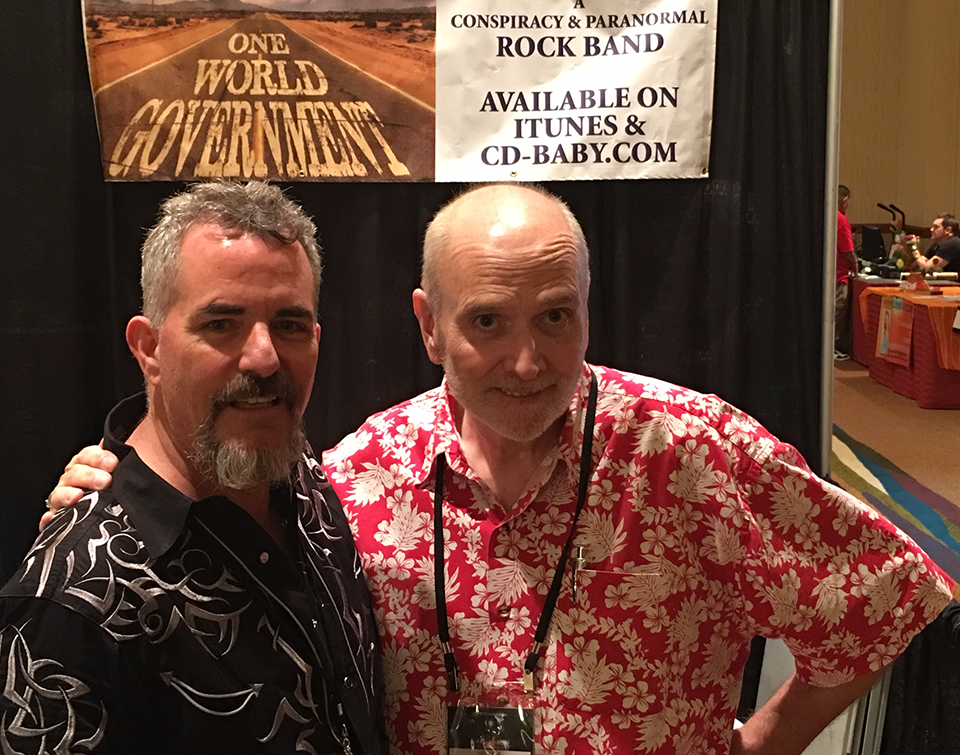 Terry Lovelace served on active duty in the United States Air Force from 1973 to 1979. Trained as a medic and EMT, the bulk of his enlistment was spent as a first responder at the Emergency Room of Whiteman Air Force Base Hospital.

While an Assistant Attorney General for the U.S. Territory of American Samoa, he was General Counsel for LBJ Tropical Medical Center. He finished his legal career as State’s Attorney for Vermont’s Board of Medical Practice in 2012 and lives in Dallas with his wife of 45 years.

To learn more about Terry go to https://www.terrylovelace.com/about/ 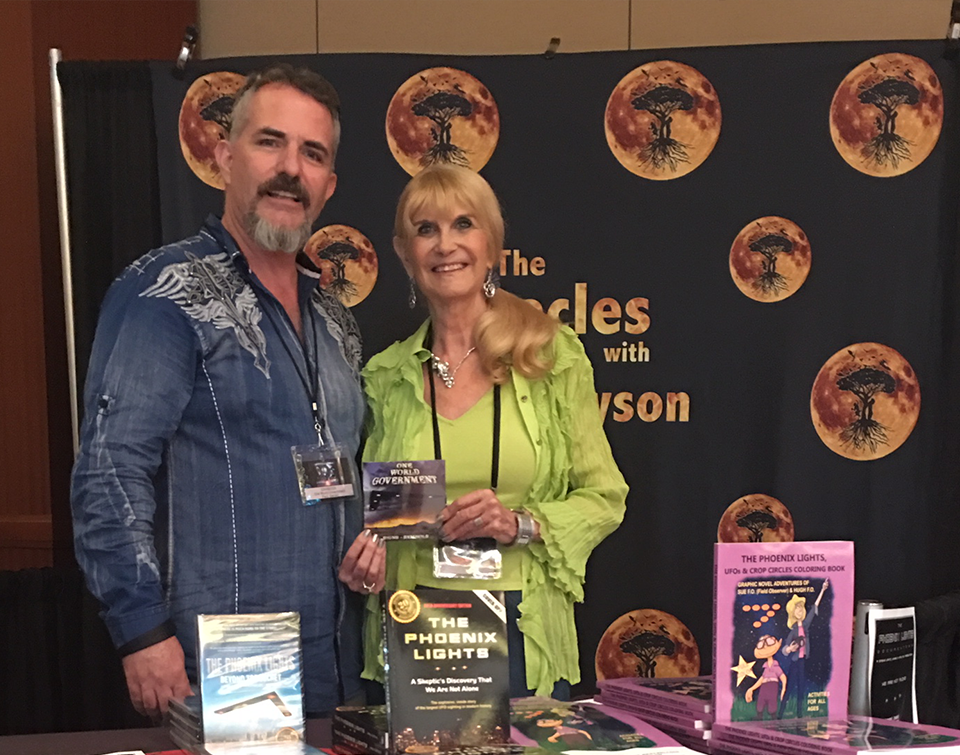 Dr. Lynne Kitei is an internationally acclaimed physician and health educator who pushed aside her successful medical career to pursue The Phoenix Lights book and internationally award-winning Documentary project. She was leading the cutting edge era of early disease detection and prevention as Chief Clinical Consultant of the Imaging-Prevention-Wellness Center at the world renowned Arizona Heart Institute in Phoenix, Arizona until coming forward, after seven years of anonymity, as a key witness to the historic and still unexplained mass sighting throughout Arizona on March 13, 1997. 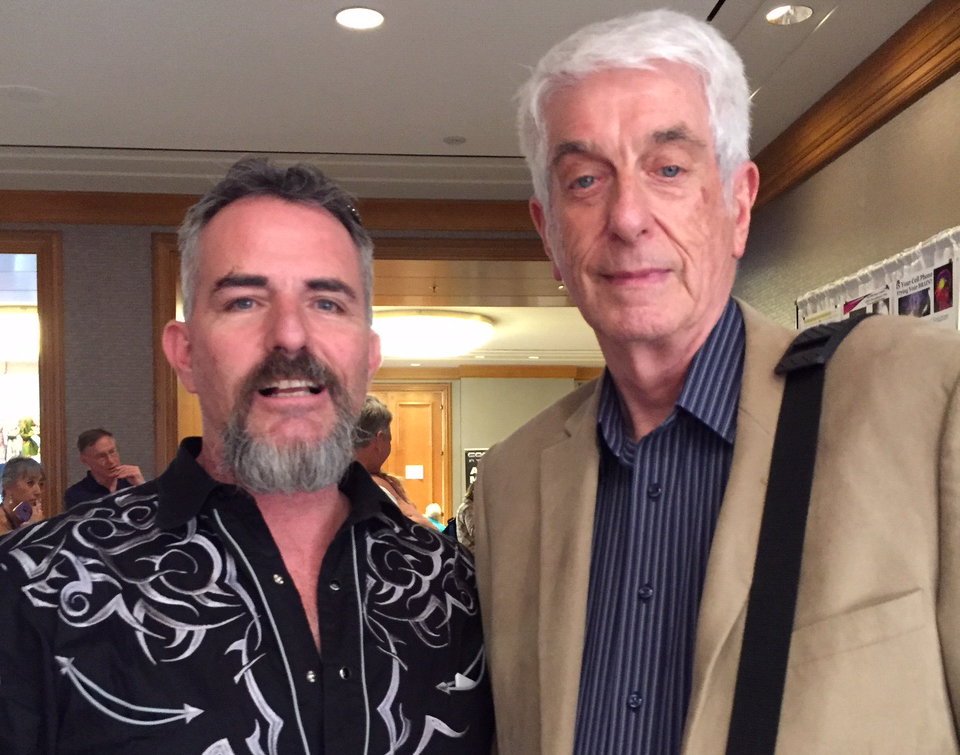 Jacques F. Vallée is a principal at Documatica Financial, LLC and a diversified investor with a passion for technology startups in space development, medical equipment and information management. He earned a Bachelors Degree in mathematics from the Sorbonne, a Masters Degree in astrophysics from Lille University and a PhD in Computer Science /AI from Northwestern University (1967).

Based in Silicon Valley, Jacques has served as a founder and general partner in five venture funds, including NASA’s “Red Planet Capital”. Among the companies for which he spearheaded early-stage financings, fourteen achieved IPOs, notably Electronics for Imaging, Accuray Systems (developers of the “Cyberknife” for cancer surgery), NeoPhotonics (Nanotechnology for optical networks), Mercury Interactive, P-Com, Isocor, Regeneration Technologies, Harmonic Lightwaves, Ixys, Integrated Packaging, E.Piphany, Sangstat Medical, Com21 and Synaptic Pharmaceuticals, specialized in neurotransmitter biology. He served as a member of the Board of Directors of many of these firms.

Other companies financed by Jacques (in particular, HandyLab that produced an instrument recognized as “transformative for oncology”) were successfully acquired by Becton-Dickinson, Intel, Lucent, AOL, Cisco, Wilson Greatbatch and Intuitive Surgical.

In his early career Jacques worked at Paris Observatory and at the astronomy department of the University of Texas in Austin, where he co-developed the first computer-based map of planet Mars. Moving to California after management positions with Shell and RCA, he implemented (with Jake Feinler) the first Network Information Center on the Arpanet and later served as a principal investigator for DARPA and NSF. Jacques has published several textbooks about computer networking and has maintained a long-term interest in unidentified flying objects, currently (2019) serving on the expert committee of the French CNES tasked with studying such reports. He received the Jules Verne Prize for his first science-fiction novel (in French). He resides between San Francisco and Paris. He has two children and three grandchildren. 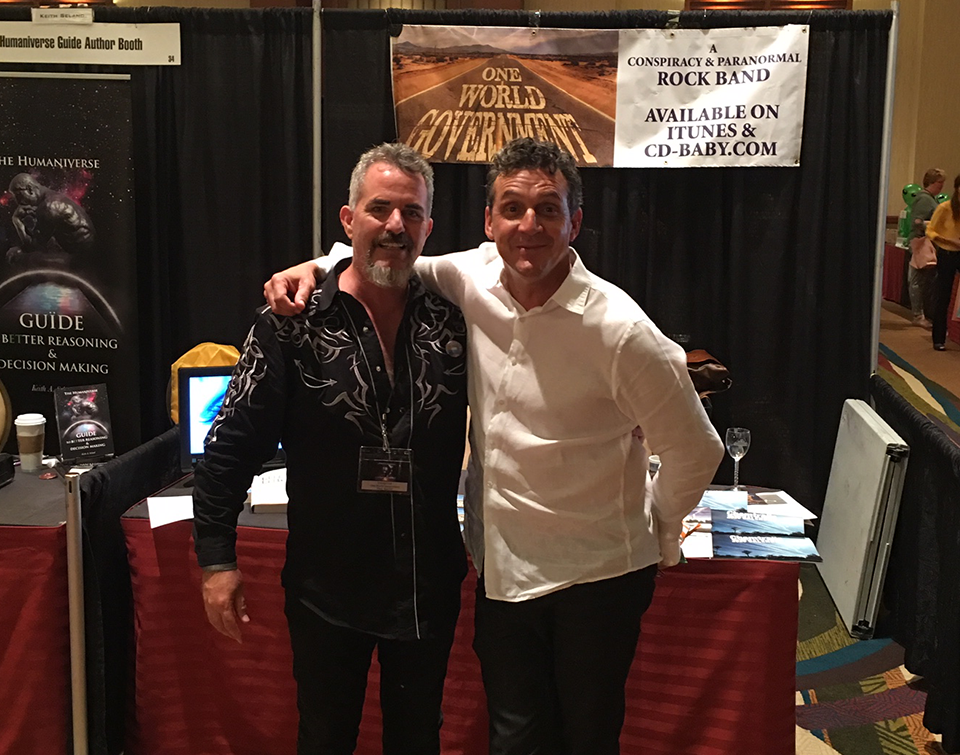 James Fox is the Executive Producer and Director of three critically acclaimed UFO documentaries, 50 years of Denial, Out of the Blue and I Know What I Saw. Out of the Blue aired on the Sci-Fi channel and I Know What I Saw aired on the History channel. All of these documentaries are geared towards sharing eye-witness accounts from individuals with impeccable credentials, breaking the stereotype of the typical UFO witness.

In 1998, he completed and sold his first major documentary ‘UFOs: 50 Years of Denial’ to the Discovery Channel. It included such notables as Apollo 14 Astronaut Edgar Mitchell and Col. Philip J. Corso, who was in charge of the foreign technology desk at the Pentagon during the Eisenhower administration. For his film, Out of the Blue, James interviewed witnesses including President Gerald Ford, Mercury Astronaut Gordon Cooper, Cosmonaut Pavel Papovich in Star City, Russia, and five-star Admiral Lord Hill Norton in England.

He is currently working on a new documentary with Tracy Tormé called The 701, based on the 701 UFO cases the Air Force could not explained during Project Blue Book, their official investigation of UFOs that ended in 1969. More information about Fox’s films can be found at www.outofthebluethemovie.com.